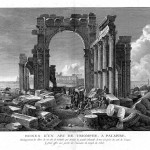 Legendary ‘caravan city’ of Rome’s Eastern trade (the ‘Silk Route’) Palmyra was known for many centuries to European audiences as simply a place of legend. The first European expedition to explore its ruins confirmed at the end of the seventeenth century that the legends were true and that much of what had been a prosperous […] 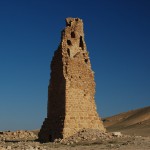 This gallery records the tower tombs which were destroyed in the Valley of the Tombs, Palmyra, apparently as a result of explosions set by ‘Islamic State’ in the days leading up to 2 Sep 2015. The first panel notes the tombs which had been destroyed as of 2 Sep 2015. The second panel is extracted from my […]