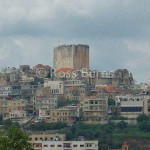 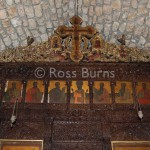 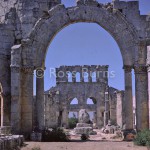 One of the most extraordinary sites of the Byzantine period. This complex of four separate basilicas clustered around a central courtyard was designed to commemorate the column on which the Syrian ascetic ‘pillar saint’ (or stylite), Simeon, spent the last decades of his life, seeking isolation from all physical comforts. The site is described fully […] 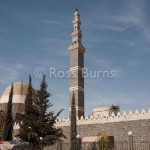 The ancient town of Salamias was the seat of a Byzantine bishop, emphasising the importance of the northwest Syrian steppe in the late Roman and Byzantine centuries. The town was the birthplace of a dynasty that founded the Fatimid sect of Islam in the early eighth century. It was fortified in Ayyubid times (a little […] 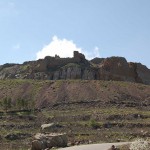 The remains of the Ayyubid citadel al Salkhad in the southern Hauran, built into the cone of an extinct volcano, were little visited before the military base was removed from the site in the years immediately  pre-2011. Salkhad was a centre mentioned as early as the Old Testament (Salkha or Salcah), remaining in use as […] 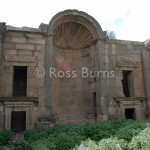 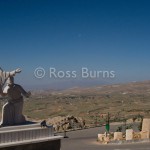 Just 27 km north of Damascus, the Seidnaya Plain shelters a remarkable collection of Christian remains, some re-cycled from the stones of Classical-era buildings. st famous is the convent of the Virgin of Seidnaya, founded by Justinian in the sixth century and still a pilgrimage destination for people of many faiths. The little Chapel of St […] 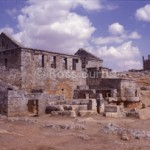 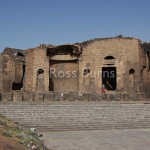 The modern Druze town of Shahba marks the spot where the Emperor, Philip the Arab, was born in the early third century AD. He ruled as Emperor from 244 to 249 and founded on this site a ‘new town’ to commemorate the 1000th anniversary of the foundation of Rome. A number of the major projects […] 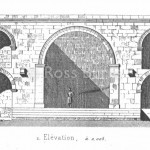 Today a small village in the Hauran, Saqqa (Byzantine name, Maximianopolis) was once a centre of some significance—a Roman colonia and later seat of a bishop. The town retains a remarkable collection of unusual buildings, all achieved in a highly decorated form in the local basalt. The building dubbed by the first European traveller to […] 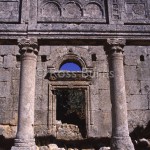 This village once housed three churches of which remains of two survive. The church of AD 602 is one of the last churches built in Syria before the Persian invasion and the subsequent Islamic conquest. كانت هذه القرية فيما مضى تحوي ثلاث كنائس بقيت اثنتان منها. الكنيسة التي بنيت عام 602 تعتبر واحدة من آخر […] 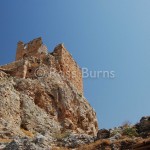 This Islamic fortress on the eastern side of the Orontes Valley played an important role in the confrontation with the Crusaders in their line of posts in the coastal mountains to the west. It was the seat of the local Islamic dynasty, the Banu Munqidh, one of whose members, Osama, provided us in his memoirs […] 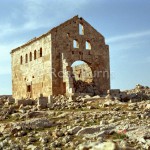 The church of ‘Our Lady of the Greeks’ sites almost by itself on the plain north of Jebel Sheikh Barakat and on the way to the Byzantine village of Refade. This fourth century Byzantine chapel, single naves, is almost devoid of decoration. The second and third images below are posted courtesy of the blogsite of […] 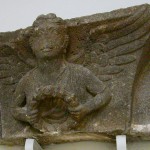 This site near Qanawat in the southern reaches of the Jebel Hauran has yielded important insights into the art and architecture of this area in the early classical period. However, the widespread looting of the site for stone in the late Ottoman period has left little for the visitor to appreciate without a careful study […] 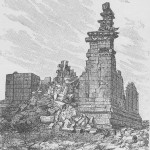 The only surviving remains of this beautifully decorated Roman temple are parts of the two wings (antae) of the portico facing out to the east. Merrill’s engraving after his visit in the 1870s gives further indications of the shape of the cella or shrine, now hemmed in by village construction. Photos at — http://www.flickr.com/photos/monsyr/sets/72157628722453917/ ما تبقى […]

Little remains of this great Byzantine fortification on the Euphrates, north of the desert fortress of Resafa. The site is discussed with the latter in Monuments of Syria. A selection of photos of the site of Sura is found at my Flickr site — http://www.flickr.com/photos/monsyr/sets/72157627196090101/ بقايا قليلة من موقع محصن على ضفة نهر الفرات شمال […] 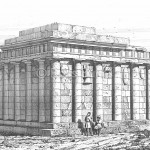