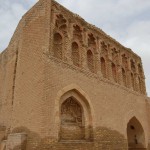 While the town had its origins as a city of the classical era, Raqqa assumed a new role when it was chosen as the site for a major new city on the mid-Euphrates. First developed by the Caliph Abu Jaafar al-Mansuri as a summer capital, it was adopted as his permanent residence  by the later `Abbasid Caliph, […] 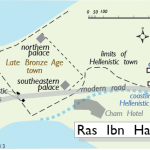 This rather untidy and neglected site on the Syrian coast north of Latakia presents few remains that can be readily interpreted by visitors amid the out-of-control vegetation. The two main periods of activity were Late Bronze Age and the Phoenician or Iron Age. The remains in the gallery below are from the North Palace (LBA) […] 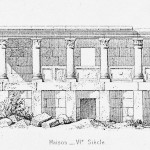 Now a deserted village, Refade evokes much of the charm of the ‘Dead Cities’. Curiously there is no church but the nearby chapel at Sitt al-Rum may have served the village in Byzantine times. Butler describes Refade as ‘the most picturesque of all the little deserted cities of the hill country’ and Tchalenko saw it […] 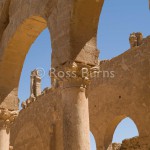 The great Byzantine fortress-city of ?Resafa grew up on a site 30 kms south of the Euphrates River on the edge of the Syrian steppe. Its location resulted from the martyrdom on this spot of the Christian Roman soldier, Sergius, just before the accession of Constantine and the new policy of tolerance towards Christians. The […] 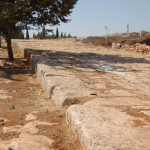 Most Roman roads have long ago succumbed to the elements or to stone-robbing. This section, admittedly restored in the 1930s, has survived partly because of its robust construction, intended to take the road over a saddle of the Jebel Srir (which lies to the south). It once served the important road from the provincial capital, […] 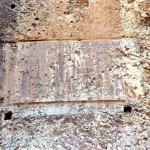 The Roman road joining Berytus (Beirut) and Heliopolis (Baalbek) to Damascus passed along the gorge of the Barada River. A cutting was made during the years AD 161–169 to raise the road well above the flood level of the winter torrents in the region. According to the inscriptions at the site, the people of nearby […] 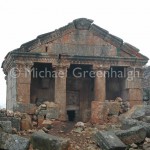 Set in sweeping open country where the eastern edge of the Jebel Riha meets the Syrian Steppe to the east, Ruweiha is an inhabited village with two churches and remains of several tombs scattered between the houses. Most notable is the Church of Bissos, a complex apparently endowed by the local bishop, Bissos, in the […]