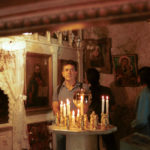 This village tucked away in a ravine on the eastern slopes of the Anti-Lebanon range north of Damascus (Qalamoun region), hosts two important Christian pilgrimage centres.  On the town’s western outskirts above the ravine lies the important early Christian chapel of the Monastery of St Sarkis (Sergius). Below in the depths of the ravine, the […] 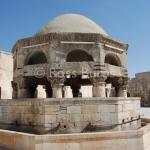 This site once comprised fortified emplacements on land and in the sea and is mentioned in several account of the Crusades notable in the context of the thirteenth century struggle for control between the Templars and the local settler family, the de Ravendals. The land remains have disappeared but glimpses of the foundations of the […] 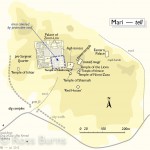 Mari a Bronze Age city on the Euphrates River. مدينة من عصر البرونز على نهر الفرات. No photos are available from my archives (either camera malfunction or weather foiled me) but I am indebted to Daniel Demeter for the photographs in the following gallery. للأسف لا تتوفر صور للموقع ضمن أرشيفي، ولكن الصور المعروضة هنا […] 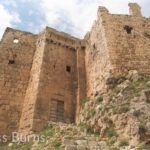 During the period of the Crusader presence in Syria, the coastal mountains took on a role as a refuge for minorities seeking protection from the increasing efforts to advance the cause of Sunni orthodoxy through the main inland cities. The Ismaelis, offshoot of a movement that had split off from Shi`ite Islam, built up their […] 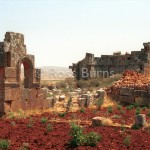 Meez (or Me`ez) in the Jebel Barisha area of the Limestone Massif (‘Dead Cities’) is one of the most interesting of the cities of the Massif as its history reached back well into the Roman period. It appears to have become a regional centre of some note and had its own inn or andron for visitors […] 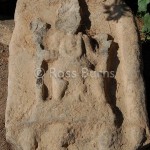 Virtually nothing remains today of the architecture of ancient Hierapolis, the site of the famed Temple of the ‘Syrian Goddess’ (Atargatis) described at length in the work of the ancient author Lucian (‘De Dea Syriae’). Atargatis, the consort of the Semitic god, Hadad, enjoyed a fearsome reputation for the bloody sacrifices performed in her name. […] 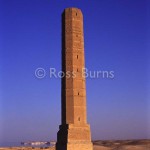 The site of Bronze Age Emar, Byzantine Barbalissos and Islamic Balis once sat well above the waters of the Euphrates but the construction in the 1970s of the dam and hydro-electrical facilities along the river inundated much of the site. Some areas which had housed remains from Bronze Age Emar up to the Islamic centuries were […] 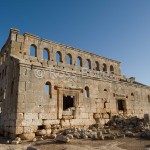 A small wayside church, five kilometres to the west of the Monastery of St Simeon. This is one of the most perfectly preserved Byzantine churches in Syria. It lacks only a roof and internal fittings to be complete. It was not located in an inhabited area and probably served as a chapel for pilgrims on […] 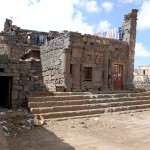 This small Roman temple dates from the early phase of the Roman occupation of Syria but was rebuilt in the late second century AD. Dedicated to a local manifestation of Zeus, it stood within an enclosure and backed onto a small lake. Mushennef lies on the eastern flanks of the Jebel Hauran. For further description, […]