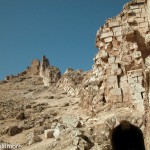 I’m often asked what is my favourite site among the 130 or so listed in Monuments of Syria. I’m mischievously tempted to change my answer each time as there are too many where memories of the site depends so much on the time of day, the season, the light as well as the remains themselves. […] 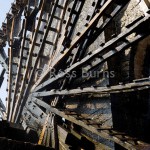 Hama in Central Syria lies on the banks of the Orontes River. Once its huge waterwheels (of which around 16 survive, most in working order) lifted water from the river to feed the town and the irrigated fields around. Today the river level fluctuates, often falling below the level needed to drive the vanes of […] 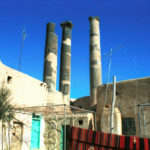 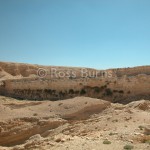 This remarkable structure dates possibly from as early as the Roman period, though the dam and its downstream irrigation system were greatly improved during the Umayyad period to supply the small settlement at Qasr al-Heir West to the north. يعود بناء هذه المنشأة الرائعة إلى بدايات العصر الروماني، أما نظام الري المنبثق عنها فقد طور […] 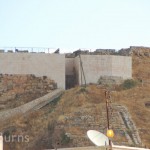 This castle of typically Arab design guarded from the south the direct route between Aleppo and Antioch. Lying more or less on the front line of the Muslim-controlled territory of the interior, its eventful history is reflected in the poor state of the remains. Some attempt has been made to repair parts of the structure […] 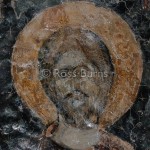 Homs lies 165 km to the north of Damascus and is an important hub on the country’s transport systems. It lies on the Orontes River though the stream plays little role in the urban landscape. A city with a long history reaching back to Roman times, the visitor will not be immediately struck by the […] 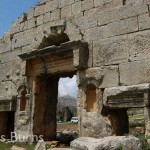 This temple dedicated to Zeus Baetocaece lies high in the coastal mountains inland from Tartus. The walls of the temple enclosure are partly built from massive cyclopean blocks, a method of construction also seen at Baalbek. Their transport to the site was probably effected through the use of ramps leading from the nearby quarry on […]